Click here for an audio version of this sermon. 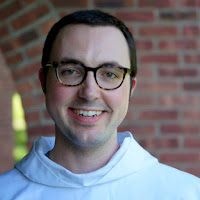 In the name of the One God, who is Lover, Beloved, and Love Overflowing. Amen.

You know the man. He was, in Fr. Whittemore’s recollection, “a big man. He was holy. He had a massive intellect. His head and features were beautifully moulded. His lips were full, mobile, extraordinarily expressive. His large eyes looked through yours into the depths of your soul.”

You can still experience that gaze in the extraordinary pastel portrait of Father Huntington in the crypt. He still looks through you into the depths of your soul. But gently, sweetly, and tenderly.

“Our Father Founder was a born leader,” Fr. Whittemore continues. “Men followed him with devoted loyalty. He led. He never pushed. He had more respect for the liberty of everyone with whom he came in contact than anyone I have ever known.”

Yes, he was a leader, a founder, a visionary. He was a tireless advocate for justice for the working poor. He was also a devoted and humble servant of the community he founded, famously hating the title “Father Founder,” because he felt it separated him from his brothers, as it almost certainly has done.

I will admit to feeling some sympathy with this hesitance. In preparing for this sermon, I kept asking “what is uniquely holy about the Founder?” How is he, apart from the rest of our deceased or living brothers, particularly saintly?

Yes, he founded our Order. But he didn’t do so alone. He was simply the only one of our three founders who stayed. And yes, his thought, personality, and piety have shaped us, particularly through the treasury of his Rule. And yet, it is perhaps truer to say that the tension between Father Huntington’s personality and vision and that of Father Hughson have shaped and continue to shape us, supported all the while, by Father Whittemore’s remembrance of the early years and his gentle, unifying vision, which continues gives silent shape and structure to our sense of ourselves.

These three together, I would argue, were and continue to be the great, guiding lights of our common life.

Where, then, do Father Huntington’s particular sanctity and witness lie?

Father Whittemore remembers a particular and striking detail of the Founder’s life. He writes “The Father encouraged one to ‘live dangerously.’ He said to me once that each of the saints was within a hair’s breadth of being a heretic. Apparently what he meant was that the saints were not content with taking conventional ideas of religion ready-made and timidly or slothfully resting back on them but that they pushed their wills and affections and reasons to the uttermost in their courageous quest for Truth. Because it was indeed Truth that the saints sought and because they surrendered themselves to God at the cost of their own inclinations and sentiments they were preserved by Him from error and led on to fuller and fuller visions of His glory.”

Father Huntington’s great respect for the freedom of the individual—seen here particularly in his encouragement to ‘live dangerously,’—is, perhaps, his most palpable legacy to us, his children. He was so insistent on the importance of individual liberty that he came close to making an idol of it, so close as to be within a hair’s breadth of being a heretic.

We can see this in his enthusiasm for new ideas, in his instinctive “yes” when a member of the Order suggested a new course or ministry, in the careful attention he gave to his brothers and those under his care, and in his desire for the Order to develop the capacities of its individual members rather than to form pious automatons. He felt that, in general, “we should consecrate the things of this world not so much by their disuse as by using them for God’s glory.”

We can also see his fanaticism for the liberty of the individual in his reticence to offer his opinion in community meetings, lest he sway the common mind, a reticence that also shows up in his shyness and his apparent ambivalence about personal closeness. And we see it, too, in his reported unwillingness to say no to his brothers, even when it was in their own best interest that he curb their actions.

Why this focus on freedom?

The answer shines forth from his Rule, whose beating heart is its soaring passages on the surrender of the monk to God. He writes “We are to bear in mind that the vow of obedience is the portal of the religious state. That sate is constituted by a covenant wherein the soul gives itself, all its powers and faculties, together with the body and all material possessions, to God. […] From this it follows that obedience is the chief among the three vows of the religious state, since by obedience man offers to God the intellect, the will, the whole being, as not only a sacrifice but a holocaust.”

He goes on, “The virtue of obedience is the dying to self, to self-interest, self-pleasing, self-love. ‘Christ became obedient unto death, even the death of the Cross.’ […] We obey not that we may live more peacefully, but that we may die more perfectly. The peace will come only when the sharpness of self-annihilation has been felt, when, through death itself, we have entered into the liberty of the sons of God, and can say, ‘I live; yet not I, but Christ liveth in me.’”

True freedom can only be found in loving submission to the one who first modeled that submission for us. The submission of our monastic obedience, which is to say our free gift of ourselves to God through our common life, can only be accomplished to the degree that we are free to make that commitment. Only a free person can submit; otherwise we live in a kind of slavery, coerced by our needs, resentments, and fears.

The result of the free offering of our entire self to God is the perfect freedom of the children of God, where we, too, can say that Christ lives in us.

We see the fruits of this free self-offering in the Founder’s life, and they are the signs of his sanctity and the promise of our own. He was, in Father Whittemore’s recollection, “the most utterly pure and innocent adult I have ever known.”

It is the kind of innocence that looks at what the world calls reasonable and laughs, not with derision, but with love and compassion for the confused muddle in which we find ourselves. This innocence is the peace that the world cannot give. And it is the source and the end of Christian hope.

In the end, it is perhaps Father Huntington’s innocence and that of all God’s saints that comes closest to heresy and to holiness. For in a world that is falling apart around us, none of us is free from evil’s stain. We all have blood on our hands, greed in our hearts, and pettiness on our tongues.

To trust so totally in the mercy of God that we can offer ourselves freely and completely—what foolishness that must seem to the world we live in. What foolishness it must seem to us, too, much of the time. To dare for the innocence of the redeemed really is to live dangerously, freely, and joyfully in a violent, chaotic, and beautiful world.

May God’s mercy bring each of us to that innocence and freedom of the children of God. And may Blessed James and all the saints intercede for us always. Amen.