Click here for an audio version of the sermon. 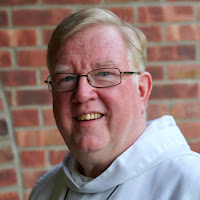 The prophet Isaiah says, “Hear the word of the Lord....Trample my courts no more; bringing offerings is futile; incense is an abomination to me.”  So there....I guess we've been told.  Luckily we no longer put much stock in animal sacrifices or even cereal offerings, but what about our incense?  We do use a lot of it around here.

Of course, we are not meant to hear this passage literally, and yes, I did take it completely out of context.  The actual point that the prophet is making is in the next verse:  “I cannot endure solemn assemblies with iniquity.”  God is not interested in our religiosity if it is not supported by a concern for justice, and care for the poor, and the oppressed.  We can't hide our sinfulness behind religious ritual or even pious prayers.  God sees right through that.  God calls us to “remove the evil of your doings from before my eyes; cease to do evil, learn to do good; seek justice, rescue the oppressed, defend the orphan, plead for the widow.”

The gospel story today tells us that Zacchaeus “was a chief tax collector and was rich.”  As we know, tax collectors were Jewish people who worked for the Romans to collect tax money to be sent to Rome.  They weren't paid, but were expected to collect their own living expenses by charging more than was owed to Rome, and keeping the rest for themselves.  If Zacchaeus was a rich man, then we can assume that he was a very skilled extortionist.  He knew how to get lots of money from people, and they resented him for it.  That's why people were so upset when Jesus paid him attention.

And it's interesting that Jesus knew who he was.  Zacchaeus wanted to see who Jesus was.  Evidently they had never met, but Jesus knew who that man in the tree was even before he was introduced.  Zacchaeus was that notorious.  And if Jesus knew who he was, he knew what kind of person he was, just as everyone else did.  But Jesus didn't preach to Zacchaeus; he didn't correct or criticize him, or even acknowledge his reputation.  Jesus simply reached out to Zacchaeus, and invited himself to “stay” at his house.  It's understandable that the people around were upset.  Why would Jesus want to stay with a tax collector? And a rich one, at that. Doesn't he know what kind of man this is?

I think Jesus knew exactly what he was doing.  His open, loving invitation to Zacchaeus caused a tremendous conversion to take place.  Now, all of a sudden, Zacchaeus is offering to give half of what he owns to the poor.  And he even admits that he might have defrauded some people, and is willing to pay them back four times as much.  Jesus' merciful approach to Zacchaeus completely disarms him and enables him to seek to do the right things regarding his neighbors.  When Jesus preaches, he doesn't speak to Zacchaeus but rather to the crowd, reminding them that Zacchaeus is “a son of Abraham,” a member of the Jewish community just as much as they are.

So let's return for a moment to Isaiah's concern about the poor and oppressed.  We don't need to get defensive about our lack of attention to the poor.  We are called, like Zaccheus, to recognize that we are all in this together, that we are all members of the human family and that we must be concerned for those who have less than we do because we owe it to them to share what we have rather than hoard it for ourselves.  Like Zacchaeus, Jesus' love and mercy for us empowers us to be loving and merciful to others in need.  We are moved to act, not out of guilt, but rather out of gratitude for all that God has done for us.

We hope that Paul might say of us what he said about the people of Thessalonika:  “your faith is growing abundantly, and the love of everyone of you for one another is increasing....To this end we always pray for you, asking that our God will make you worthy of his call and will fulfill by his power every good resolve and work of faith, so that the name of our Lord Jesus Christ may be glorified in you, and you in him, according to the grace of our God and the Lord Jesus Christ.”