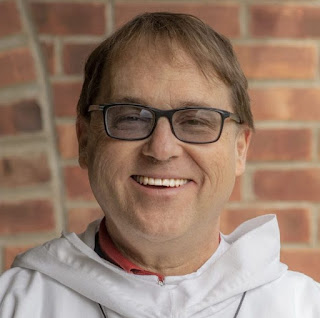 After the riotous breach of the Capitol on Wednesday, President-elect Joseph Biden said, this wasn’t about protest, it wasn’t dissent, it was chaos, utter chaos.  I could use many other words for this event, but I know how you all feel about my getting into that.
John Chrysostom, writes “Do you see how a person who is void of love is similar to things that are inanimate and senseless?”  On Wednesday, an angry mob was Trump’s tool, the tool of the Emperor.  His rhetoric created only an inanimate thing, a dead and death-producing thing.
All the people who stormed the Capitol building accomplished nothing, but death.  Donald Trump accomplished nothing but death.  He didn’t even change the results of the election.  5 people were killed in the riot.  16,000 people still died of COVID since Wednesday.  That toll may be up to 20,000 by the end of today...   More African-Americans will probably be brutalized or used for target practice by police officers.  Lisa Marie Montgomery and Corey Johnson are scheduled to be executed this week.

So, this Feast is important to this time in our history because it’s about beginnings, starting over.  And perhaps here is where we are called to be in the aftermath of what’s happening in our world now.

John baptizes at the River Jordan, which the Jewish people considered the boundary to enter into the Promised Land.  It symbolizes freedom and life for God’s people and nation.  Far from the Roman Empire, people were claiming their identity free of Roman power.  Another freedom it signifies, is “repentance for the forgiveness of sins”, a new life, a new creation and freedom from sin that would have required, before, ritual sacrifices by the priests in the temple of Jerusalem.  Ultimately both institutions, the empire and the Temple, the political and religious centers of power at John’s time, fall.

People from the whole Judean countryside and Jerusalem flock to a man dressed in camel’s hair, a leather belt around his waist and who eats a weird delicacy of locusts and wild honey, and he points them to someone else.  The one to follow John baptizes with something beyond what John can offer, and John can’t feel worthy enough to untie the thong of his sandal.  John baptizes only with water, repentance, cleansing of sin, but even he knows there’s more.

The Holy Spirit is at the beginning when the earth was a formless void and darkness covering “the face of the deep”.Chaos?  Yes, but potentially creative chaos from which life will spring forth. The Spirit is “a wind from God” that sweeps over “the face of the waters”.  God, then, through that wind, that breath speaks a Word, a wind from which a light emerges and separates light from darkness and we have the beginning of Creation, the first day.

Moving ahead a few million years, Paul asks the Ephesian disciples if they had received the Holy Spirit when they became believers.  They replied, “No, we have not even heard of the Holy Spirit.”  They were baptized into John’s baptism.  After Paul reminds them that John compelled the people to believe in the one who was to come after him, they accepted the Baptism in Jesus and then, the Holy Spirit enters again into the world, and the twelve Ephesians speak in tongues and prophesy.

Receiving the Holy Spirit may not always result in a glossolalia, a proof that one is saved.  Speaking justice, peace and love is a strange language, modeled after a much stranger voice language spoken from a voice that can tear open the heavens and declare to a man from an almost forgotten village, Nazareth in Galilee, that he is loved by God.

This is God’s son with whom God is well pleased.  So why would he need to come to John for Baptism?  God incarnate, the Word made flesh, one who knew no sin, submits himself to a Baptism of repentance for the forgiveness of sins, a washing, cleansing, made new.  Baptism begins here.  But does not end here.  Before we can hear the voice of love, we definitely have some repenting to do.

This one man from Nazareth also submits himself to be executed on the cross to expose injustice, hatred, violence and provide a way to end them.  Christ becomes a servant, a suffering servant.  And the heavens tear open for him.  The curtain in the temple tears from top to bottom to reveal God, the Holy Spirit, Christ.  In Christ, the Trinity fiercely bonds together in a voice of love.  Heaven and earth come together with the descent of a dove, which becomes the terror that drives Jesus into the wilderness.  There he contends with another voice that tempts him to forego his vocation and become a supernatural savior who will use violence to destroy empires and emperors.

He is not the revolutionary that we wish him to be.  He is the one who gives himself to be baptized like the rest of the Judean countryside with the water of the repentance for the forgiveness of sins.  He shows us that he is one of us, one of the many who come from outlander villages to the border of the promised land.  Jesus comes there to stand in line with the rest of us to be cleansed and receive forgiveness.

Yet, what he does actually receive is an affirmation, a confirmation of who he is and his vocation from God.  This vocation will take all from him in a violent sacrificial death, but then he comes up for air and light and lifts us up from death into light and life.  That confirmation is a voice that can tear open heavens, tear a curtain temple in two, is on the water thundering its glory, can form, shape and bring forth light from darkness, breaks cedar trees, makes Lebanon skip like a calf and Sirion like a young wild ox, splits flames of fire, shakes the wilderness of Kadesh, causes oaks to writhe and strips forests bare.  The water with which we are baptized is infused with love more powerful than any voice of sin and death.

We have much to repent for forgiveness.  But it doesn’t end there.  It won’t end there.  God will not allow that.  God will tell all of us, in Jerusalem and throughout the Judean countryside that we are loved.  God is well-pleased with us.  What he speaks to his Son he speaks to us, God’s own sons and daughters, God’s own.  In that affirmation and confirmation, we find our vocation.  If we love because God first loved us, if we speak God’s love, even in the borderlands away from our own centers of power, we, all of us, find our home.