The Fifth Sunday after Epiphany - February 9, 2020


Click here for an audio version of this sermon. 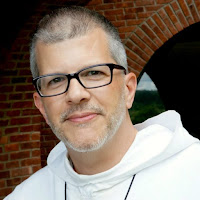 A group of climbers is ascending K2, the second tallest mountain in the world. The peak is 28,000 feet. One night in camp, they are besieged by a storm, and, in danger of being buried in snow, are forced to turn back. During the perilous descent, one of the climbers trips, loses his lighting, becomes separated from the group, and begins to blindly stumble and then clumsily rappel down the mountainside alone in the cold and dark. At one edge, after anchoring himself, he descends, and slowly releases all of his rope. It is not long enough. He comes to the end and still cannot not see or feel the ground. He is too exhausted and cold to ascend. Hanging in the blinding, raging storm, he cries out for help, but no one can hear or see him. He calms himself and prays for guidance. A quiet, yet firm inner voice comes immediately, “Unhook yourself from your harness and let go of the rope.” Too frightened to trust such guidance, he continues to hold on. The next day a search crew found him frozen to death, dangling in the air three feet above a level rock ledge.

The readings for this Fifth Sunday after the Epiphany take us to the end of our proverbial ropes where, if we take the texts seriously, we must either let go or continue to hold on. These words address our deepest yearnings and common fears and point the way toward fulfillment and peace. We have just heard in these texts a description of what it means to be and live as a human. They tell us that we must attend to relationships in the world, but before we can do that, we first must go inside ourselves. Here is the unveiling of an unseen reality told with a startling honesty. But we are also warned to beware of the all-to-real dangers of illusion and fantasy. These words which challenge the status quo of our common life come not by the forced imposition of laws or guilt or manipulation, but spring from an understanding of our true nature. Only when we first remember who we are can we then begin to set the world aright.

Epiphany proclaims that the Light that is the Christ has come and is glorying out into the world. All that seeks and lives in darkness is sent fleeing by the beams of this Light. Before we consider what this inner journey is about, let us note the imperatives in the texts, because they are about what is fleeing in the light of Christ. In Isaiah: loose the bonds of injustice, undo the thongs of the yoke, let the oppressed go free, break every yoke, share your bread and house and clothes; In 1 Corinthians from St. Paul: speak wisdom, seek to understand; In Matthew, the Sermon on the Mount, Jesus: let your light shine, make your righteousness exceed that of the scribes and Pharisees. These imperatives are essential, but they must be held within the greater context of their motivation. Why are we being commanded to do these things? Where is this action coming from? We are formed in a culture that puts “doing” before “being”. In the empire, identity, worth, and value are external, tangible, earned commodities which we win (or lose) in order to possess whatever status we desire. Even as Christians, this cultural programming can creep into our reading of scripture and push the emphasis into the realm of doing at the expense of being.

The imperatives of the texts are not seeking a transfer from the text to the world. These are not moralisms for creating fair societies. There is something more profound and radical being said here. Remember that contrary to the culture, in the Bible, “who” comes before “do”. Identity informs and inspires action. The prophetic identity works itself into us first before it can become meaningful action. God is concerned that I am made into the kind of person from whom justice and peace – good news - flow naturally, not as a religious obligation. Righteousness is first about personhood before it is about behavior. The injunctions and admonitions in Isaiah are warnings and pleadings for justice, not merely for justice’s sake, but because at the beginning of the reading the people are called by God “my people”. The immediate danger is that the people of God are acting contrary to their identity, which will bring them alienation from God and their neighbor – a state for which they were not called and are not formed. They must be awakened to themselves in order to receive the reorientation which will embody the world they long for. As so often happens with the prophets, the forgetting of identity is the core problem that leads to fear, idolatry and violence.

We wrestle with the same temptation to turn ourselves into good doers detached from hearing ourselves called “God’s people”. This is present in the Gospel reading also. For a long time what I heard Jesus say was, “Go and make yourselves salt by being saltier. Go and make yourselves light by shining more, doing more.” That is not what Jesus says. Directly and simply he says, “You are…” Before he says anything about how to live out being salt and light, he names us – not what we are supposed to do, but who we are. The acts of seasoning and shining in the world flow from our true identity.

Back at the end of the rope with the mountain climber. He is a metaphor of our discovery of ourselves as exposed and vulnerable between the illusion of our adequate self-sufficiency and the risk of trusting what we cannot see. If the climber had truly believed that he was loved and safe because he was a precious child of God and that the voice he heard in response to his prayer was real, the decision to let go of the rope would have been simple. The crisis was not about the validity of the inner voice, it was about who he was, whether he was made for fear or faith. Would he cling to the identity he could perceive, even though it would lead to his death, or would he let go and be caught by the unknown – bigger than his perception, the arms of God?

The end of your rope is a very holy place to be. The end is coming to realize the passing satisfaction of performing, earning, being good enough, doing enough. Being at the end of your rope is not a crisis resulting from failure, but a passage to spiritual maturity. At times in our lives, the rope, like the training wheels on a child’s bicycle, is a necessary and good gift from God – holding us safe, teaching us to trust. As we grow and are able to stand on our own feet, the rope will become a leash, keeping us attached to a level of safety we have outgrown and is holding us back. Growth then is only possible in letting go. Letting go is the encounter with our greatest need and our greatest fear. The end of the rope is the divine wake-up alarm of remembering, receiving, seeing, going, doing.

Jesus describes this as exceeding. Your righteousness must exceed that of the scribes and Pharisees – not because it is a righteousness that does more and does it better, but because the righteousness itself is sheer gift within relationship between Lover and Beloved and is offered back to God and neighbor as free gift, without grasping, controlling, or boasting because it was not and can never be a possession. The earned holiness of the scribes and Pharisees is a heavy burden and a hard taskmaster, forever pulling oneself up the rope toward a safe ledge that never appears. It is tempting, but futile. This is why Jesus names the temptation of salt losing its taste or light hidden under the bushel basket. He is speaking of the denial of identity which spoils the salt and quenches the light. We are God’s people, salt and light. By our very existence, embodied in our obedient acts, being made like our Lord, the light bursts forth and the darkness is pushed a bit farther away. Amen.
Posted by Br. Max at 4:34 PM